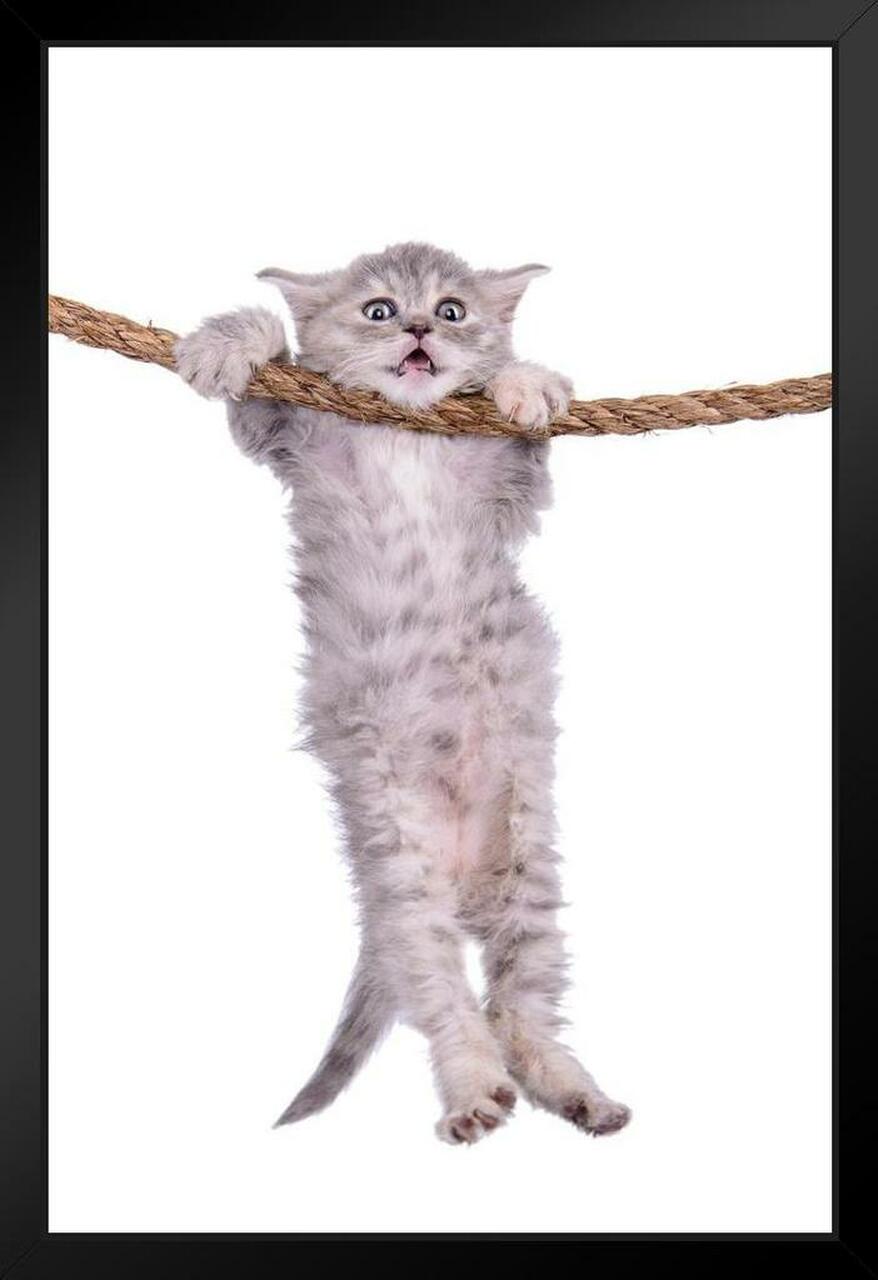 What I’m reading: I attempted to read all the National Book Award finalists before the winner was announced, but I failed. I’m juggling a few good ones though: Hell of a Book, The Love Songs of W.E.B DuBois, and Not all Diamonds and Rose.

What I’m listening to: Right now I have on wind chime and organ focus music from Headspace called Deep Blue.

Warning: if you are totally fine right now and everything is great, this isn’t the article for you. I’m super happy for you, but this space is for those of us running on fumes.

For the last week or so, I’ve had a song so embedded in my head that it’s the first thing I hear when I wake up and the last thing I hear before I fall asleep. It has slithered its way into any quiet moment of the day — if I have any gap in thinking or activity, I hear the telltale opening guitar part (do they call it a riff?) I was even apologizing to someone a couple of days ago, and in that really intimate moment of honest regret, saying “sorry” immediately reminded me of a lyric in the song.

For any 90’s teen, you probably already had the song in your head the minute you read the title of this essay.

I don’t even like this song. It’s just an earworm from a band that had one radio hit. When I was in High School, Lit came to play a free show at our local University. It was fine. Everyone was just waiting for them to do the encore so they would play the one song everyone knew. The next day at school, an improbable amount of my female classmates claimed to have…um… “hung out” with the band. Nearly 20 years later, when we gather, my friends and I are still trying to discern which ones were telling the truth.

It’s in these moments that I feel like my mind is betraying me. Layered on top of Lit were a couple of other simultaneous betrayals. I completed my first marathon a few weeks ago, and my body still feels unprepared to run again. Every time I try, I get about two miles in and end up walking because my knee and hip are still wonky. I feel betrayed by my body. The last few nights I’ve had some vivid, scary dreams — like, actual nightmares. I feel betrayed by sleep. I’m angry with the parts of myself that are outside of my control.

This all feels a little dramatic when I type it out and read it back. As I’ve mentioned before, I own a fainting couch, and so I am prone to these levels of hysterics. Bear with me.

Leading up to the week of Thanksgiving, I noticed that a lot of people I interacted with had a similar glazed look to them… and it wasn’t just Zoom fixing our faces. And then I noticed that the last handful of stellar Morning Buzz’s included a piece about not being OK, another essay about “embracing the suck” and a really beautiful, vulnerable piece about the red flags of burnout. 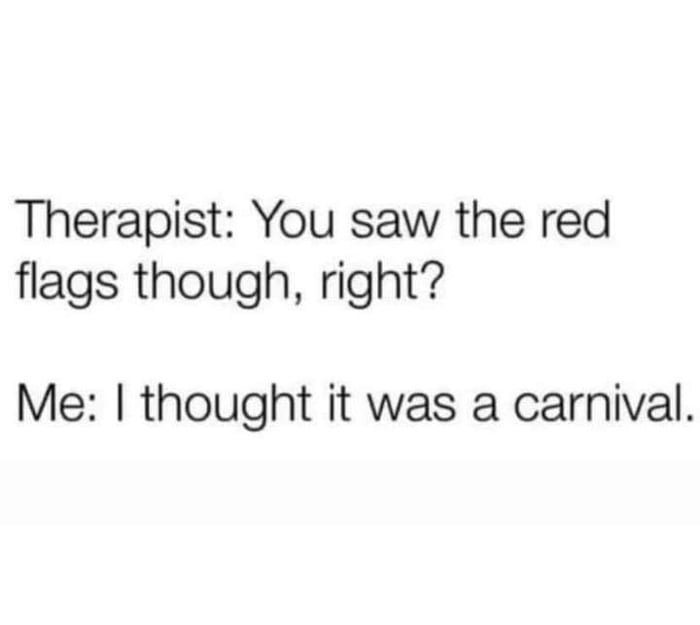 All the pieces started to fit together. We are in a collective season of burnout– a sense that we have all done as much as we can do in 2021 and now we’re mentally OOO until 2022. I see it at work, I see it at the gym, I see it in my Peloton instructor-fan-club Facebook groups, I see it at the dog bar. We have pushed our positivity to the brink, and we’ve run out of fuel.

Rationally, we know there are things to be grateful for. We know that resources are coming to build our communities back better. We are lucky to be alive and breathing. We want to lean in fully but there’s just nothing there to power it. I’m digging deep and coming up empty about 80% of the time. Sometimes it feels like a struggle just to get through the day without alienating the people I work with and the family I live with. I congratulate myself for not snapping, but often have to apologize for speaking before thinking. I vacillate between resignation and resentment, which is a dangerous place to be. 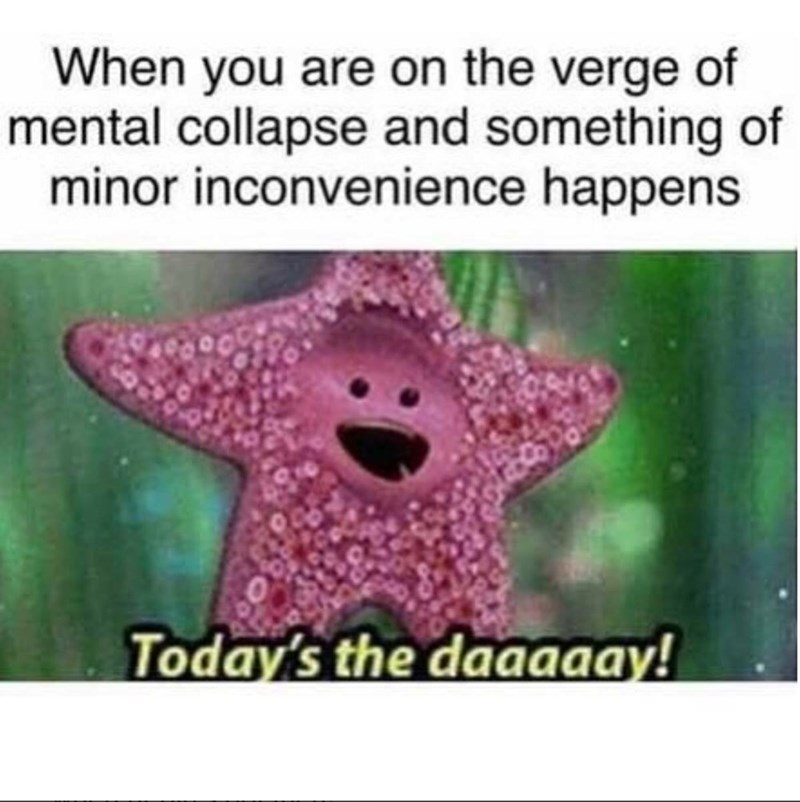 Oh, but if you thought this was just standard-issue burnout, then clearly you have underestimated the power of a sort-of-post, sort-of-mid, PANDEMIC burnout! The best part of pandemic burnout is the added layer of your own mortality and the acute awareness of how unpromised tomorrow is. You’ll start to look around your life and think not only “I’m so tired”, but also the bonus feelings of “all of this is meaningless” and “is this really all there is?”

I’m not afraid of dying. I believe in heaven. I’m going to be kicking it up there with Jesus and Stephen Sondheim. What I’m most afraid of is settling in this life. In the before-times, I could probably channel that fear into harder work, creative solutions, or even some super-dumb risky decisions. Now, I feel like I don’t even have the energy to do dumb things. Apathy is something my own worst enemy loves more than anger. If I am apathetic, I don’t feel. If I don’t feel, I can’t fight.

Even after all this stuff I’m processing, I am still so incredibly hopeful. You should be too. Between the Morning Buzz’s of late, we’ve basically written an entire novel-length essay collection. The pandemic-era Buzz’s should be bound and stylized and sold as merch at the next ELGL conference. We are not alone, and we never were… even when we felt lonely. Commiseration doesn’t equal healing, though. If we want to fight our own worst enemy, we need solutions.

“Solutions Development” is in my job description. So, I’m going to offer a patented three-part solution to fight your enemy. The patent is not owned by me, it’s owned by a wise man named Robert Matthew Van Winkle… better known as Vanilla Ice. The solution is called: Stop, Collaborate and Listen.

When I start to careen down the burnout spiral, I just literally stop what I’m doing. I stop:

What you have to stop doing will be personal to you. I can’t tell you what’s making it worse–but something is. You have to be honest with yourself about it. And you have to replace it with things that nourish.

Find good people and work on something that has NOTHING to do with your job. I don’t just mean “find friends who are also burnt out and talk about how burnt you are.” We know those people — the serial “yes, girl” girls/guys. I mean, find a way to create good alongside other human beings regardless of whether it’s “important”. Help a neighbor pick out her new backsplash; choreograph a dance with your kid; sort clothes at a thrift store with that friend who tells great stories. Heck, sometimes I take weird Upwork freelance gigs on the weekend writing book club discussion guides just because it’s fun to work with an editor for 2 hours of my Saturday. Nothing has given me more hope lately than going to a cover band concert where a group of professional men my age, with day jobs, sing songs only from 1996. I want that level of joy in my life.

Stop talking (see #1) and shush. Do you hear that? It’s a faucet dripping. A clock ticking (lol, who has real clocks? It’s probably actually a bomb). It’s wind moving dry branches and tapping against the window. It’s a quiet, muffled dialogue of your neighbor watching Days of Our Lives. Close your eyes and spend five minutes listening to any sound around you, center yourself and then listen to all of these things:

As I’ve been working on this, I’ve had YouTube in the background playing music videos inspired by “the song”. It made me realize that maybe I do like this song, or the songs adjacent to it. I realized I didn’t like the song because I could not control its intrusion. But now that this mix is playing in the background, I forgot how much I enjoy My Chemical Romance, et al.  I forgot how much I like guys who wear eyeliner. I have counted no less than five fainting couches between MCR and Panic! At the Disco.

I changed the context of the music, I took control back, and I made things happen instead of helplessly letting them happen to me. I can laugh now, with grace for a teenager, at how dramatic everything seemed to me in the late 90’s and early 2000’s. I take solace in knowing that in 2041 I will be looking back at this exact moment, smiling and treating my younger 40-year-old self more kindly than the world ever will.

No matter what Lit might say, I am not my own worst enemy. I think I’m actually my own best friend.