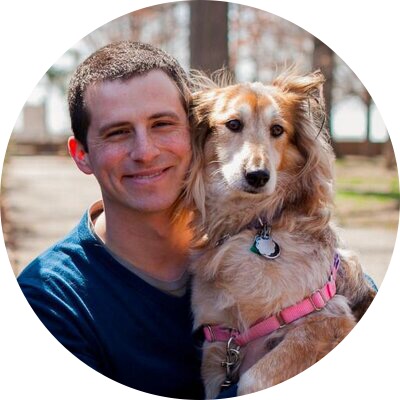 This is the first installment in a multi-part blog series by Sam Edelstein about the role of a Chief Data Officer.

Organizations have recently been created to better define and share best practices for chief data officers and those with similar responsibilities: What Works Cities and the Civic Analytics Network are a couple — both of which I’m fortunate to be a part of.

Despite the organizations and the shared goals of many chief data officers across the country, on a day to day basis we all have our own responsibilities and special circumstances at home.

Three years in, I thought I’d share some of the ways I’ve approached my work, with both the challenges and successes, as well as maybe done tips for others who want to join the field.

When I was in college, the department chair for one of my majors — Bill Coplin’ Policy Studies program — was insistent that we get hands on experience to improve skills. This meant that for one class, all of the students split up work on a final project that included getting GPS locations of every bus shelter in Syracuse and taking Rider surveys of bus riders. Little did I know how much this project would prepare me for my job as chief data officer. When I started working for the city, my mom reminded me that I’d always liked doing this kind of work, going all the way back to that project.

Locating and mapping bus shelters is one of those things that a casual observer might assume someone else has already done. That same person might also assume that someone else was thinking about if the bus shelters were placed equitably, or in the optimal places, or facing in such a way that the shelter would block bad weather, or that the adjoining sidewalk to get to the shelter would be in good shape and compliant with the Americans with disabilities act. Those assumptions would all be wrong, at least in Syracuse in the mid 2000s.

When I took the chief data officer job with the city, I thought I’d get to grab all the data and build predictive models which in turn would save millions of dollars, make people’s lives easier, and prevent issues like infrastructure failures.

While I’ve gotten to do this a couple of times, on a day to day basis, the main goal is generally to figure out how to count stuff correctly.

In this series, I’ll go into detail about how we count stuff (and why counting isn’t always easy). Then when we’ve got counting down, I’ll talk about how we use those counts to identify trends (and why there can be disagreement with trends).

Then when we have the trends down, how we can use them to start making predictive (and how even with the smartest data scientists in the country you still may have to do data entry before predicting things). Then I’ll talk about being transparent and creating partnerships to help get the job done.

Throughout I’ll also touch on how I, in this CDO role, have thought about smart cities, where I get involved when there are discussions about new technology, and where block chain could (or definitely couldn’t) fit in local government.

In the three years I’ve been in this position, I have not done everything right (it’s probably mostly been wrong). The role started with just me, but over time I’ve been able to build a small team.

Because disciplines like technology and data have been underfunded and overlooked for a long time in most local governments, it is easy for scope creep to happen as anyone with some ideas about technology or data may be asked to fill in on a number of different types of projects.

This can be good and bad, and definitely leaves me feeling like I’m winging it, with a fair amount of imposter syndrome every day. I also, often, am one of the first ones to recommend against believing in a solely technology driven solution. I am almost always the first to caution against some kinds of data collection because of privacy concerns.

I’ll touch on these issues as well. I hope these pieces are informative, and I am interested in your feedback and thoughts along the way.

Podcast: Innovation Doesn’t Have to be Fancy with Sam Edelstein & Brendan Babb