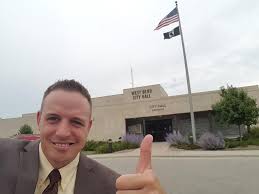 ELGL member, Traeager Award winner, and KCMO Real World house guest Josh Schoemann (LinkedIn & Twitter) has landed another accolade by being named a finalist for the Navigator Award. According to the Route Fifty website, the Navigator Award honors “individuals and teams of individuals who either work in or with state, county and municipal government in the United States.”

Josh was a guest on the GovLove podcast and his episode became one of the most popular in GovLove history.

Josh Schoemann is the County Administrator of Washington County, WI. He discussed how his experience in the military shapes his work in local government as both an administrator and elected official.

If you can’t get enough of Josh, he’ll be appearing at the League of Wisconsin Municipalities and #ELGL16 Chicago.

Congrats to Josh on this well deserved honor.