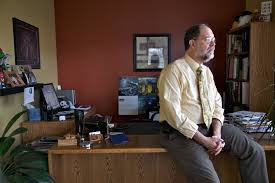 Anyone who is clever enough to write a weekly report called “Hot Off the Griddle” is a star in the minds of ELGL. However, this is only one of the many reasons we recognize Dave Waffle as the Knope of the Week. Dave has been a friend of ELGL since he was the headline speaker at an ELGL forum in March 2011. At that time, Dave was city manager of Cornelius and dealing with a new mayor and council. While Dave serves as a mentor for many of us in local government, he also serves as a mentor for the ELGL organization. Dave is a advisory board member and has been vital in making sure that ELGL will meet financial and accounting requirements for a 501c3.

A sincere thanks to Dave for espousing the mission of ELGL by maintaining high ethical standards while promoting the local government profession.