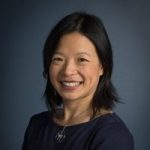 Why Michelle is on the Traeger List: Michelle is bringing fresh perspectives and ideas to local government. She and her team have been using SCRUM/Agile methods at the City of San Jose and training other City staff as well. She also started the Code for San Jose brigade and has found ways for the City to partner with volunteers to solve problems.

Why Adrienne is on the Traeger List: Adrienne Royals has 13 years of budgeting and finance experience with the City of Germantown. During her time at the City, Adrienne has led the budget and performance team as a senior budget analyst and assisting with the process of setting the City’s annual financial and spending plan. With Adrienne’s help, the City of Germantown recieved the Baldrige National Quality Award in 2019. 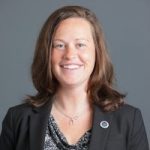 Why Cathy is on the Traeger List: Cathy does so much more than the traditional Town Clerk role.  She is a strong voice on our Management Team and works with every department to problem solve.  She is result driven, always challenging others to address problems by considering desired results.  Additionally, she serves as the legislative liaison for the Town and elected board to our State delegation.  In general, Cathy is a true “Chatty Cathy.” She can make anyone feel welcome and included which is at heart of the values of the Town of Carrboro. 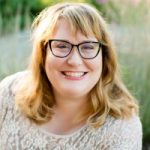 Why Danielle is on the Traeger List: Danielle is an extremely hard-working and driven individual. She excels at telling the her local municipality’s story in a variety of ways. She invites community members, residents and visitors to get to know Newton through traditional communication and marketing pieces, digital channels and of course, social media. She looks for innovative, but effective, ways to showcase the exceptional work that happens around her each and every day. Managing social media for a local municipality can be challenging, but Danielle works to make sure that we are providing our audience with concise communication and informative marketing to our multiple audiences – whether it’s an update on a public works project or a campaign to invite visitors to our community. She’s a staff of one but through smart sustainable budgeting and time-management, she has made it easier for the City to share information and be present in our community. Danielle deserves this recognition because she is always thinking outside of the box and exploring ways to enhance our content, makes sure we are staying up-to-date on new technology, and she is keen to promote education and collaboration for her coworkers and other partner agencies. Coming from a corporate B2B background, Danielle has applied her skills and knowledge to local government in a way that Central Iowa hasn’t seen. She provides a standard that many in our area try to achieve and does it with a contagious passion and excitement that many envy. So much so that, she was named a YP of the Year by the Des Moines Register (Iowa’s largest newspaper) for her volunteer work and Social Media Professional of the Year by Social Media Club Des Moines for her professional work. 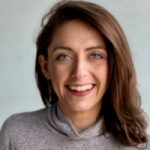 Why Paige is on the Traeger List: Paige effortlessly leads complex programs aimed at helping local governments use innovation to address the most pressing problems their residents face. The programs are successful in large part due to her creativity and passion for involving residents in the problem solving process. 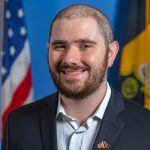 Director of Innovation and Performance, City of Pittsburgh

Why Santiago is on the Traeger List: Santi is enthusiastic about the potential of local government to solve the biggest problems communities face, and he spreads this enthusiasm to all he works with. He is incredibly knowledgeable with deep experience in South Bend and Pittsburgh, and he is always happy to share his insights with people who share his passion. 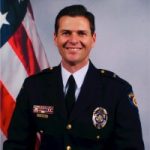 Why Tom is on the Traeger List: Since coming in at #92 in the 2018 Traeger list, Lt. Sloan has had quite a year. He was promoted from Sergeant to Lieutenant. He recorded six more episodes of the nationally-recognized “Tom’s Traffic Tips” video series. After the series won the 2018 3CMA Diamond Award for marketing and communications tools, Lt. Sloan presented his best practices on a national webinar for 3CMA. He starred in another PSA that received the 2019 Award of Honor for Community Awareness by the National Association of Telecommunication Operators and Advisors (NATOA). His videos were viewed more than 60,000 times in 2019 and 160,000 times in total. When he’s not on camera, he’s supervising David Sector in our Patrol Division. As a former Traffic Sergeant, he helped launch units for DWI and commercial vehicle enforcement – both a rarity for departments of our size. Before gracing us with his presence, he was in the U.S. Marine Corps, where he served as reporter for their publications and his work was picked up USA Today and the Los Angeles Times.

More kind words: He’s a rising star at the Round Rock Police Department and a unique talent in law enforcement. 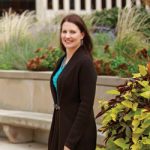 Why Lori is on the Traeger List: When Lori Curtis Luther arrived in the City of Beloit, Wisconsin, as City Manager four years ago, she encountered a community that was at a crossroads as trust had been eroded with violent crimes, high unemployment and other issues plaguing the city. Lori had to act immediately to make tough, controversial decisions that ultimately restored trust while making the city a safer community. Violent crime continues to decrease in Beloit, unemployment is at historic lows, and work continues to clean up neighborhoods and empower residents. After her first year in office, Lori was able to start building her team with a dedication to ethics, integrity and doing what’s right for Beloit. Lori is a firm believer in building up the team around her with quality individuals who excel in their fields. While some managers may fear having a team that have abilities or skillsets that outshine the manager, Lori relishes the opportunity to partner with a diverse group of individuals who are engaged and dedicated to making Beloit a better place for everyone. The City of Beloit’s commitment to diversity reflects the community it serves. The U.S. Census’ 2018 population estimate reveals a diverse city (white alone, 61.3%; Hispanic or Latino, 19.8%; African American, 13.3%; two or more races, 5.4%; Asian 1.2%), and our residents have the expectation of diverse representation throughout city departments. Lori, with the support of the City Council and city staff, made a commitment to an inclusive hiring process in order to create opportunities for all people in our community.  In 2018 alone, 18% of all city hires were from a minority group with 7% choosing to not self-identify. The City of Beloit Police Department hired 27% of its employees from a minority group in 2018 with 40% of sworn officers being a minority or female hire from January 2018 to January 2019. In the fire department, 25% of new hires were from a minority group in 2018 with 40% of firefighter positions being a minority or female hire. However, attracting and hiring diverse candidates isn’t just about race, ethnicity or gender. Under the city manager’s leadership, the city has diversified its staff with highly qualified and competent individuals who share a passion for public service. Lori also led the City Council through a comprehensive strategic planning process by first defining what diversity means to the City of Beloit: We define diversity referenced in our values in the most inclusive fashion, including, but not limited to: • Understanding that each individual is unique and recognizing individual differences.  • A representation of fairness and protection to all, regardless of age, gender or gender identification, race/ethnicity, religion, sexual orientation, national status/origin, veteran status, socio-economic status, political beliefs or disability.  • We also recognize and encourage cognitive diversity including the blending of different backgrounds, experiences, and perspectives within teams, including a variety of levels and tenure within the organization.   In addition to making strides in organization’s dedication to diversity, Lori has made meaningful connections within our minority communities to listen to their concerns and to build trust. Lori isn’t simply a figure head appearing at various events and activities because it’s part of the job; she actively engages with groups throughout the city in order to make a tangible difference. It was through Lori’s leadership that the City of Beloit was honored with an award from the Latino Service Providers Coalition in 2019.  Lori’s deserving of recognition for her commitment to diversity and her passion for public service, having dedicated her 20+ year career to local government management. She frequently receives positive remarks on City Council evaluations and high praise among her peers. When I personally made the decision to join Lori’s leadership team in 2017, it was a no-brainer. Lori’s leadership skills, passion for service, and staff empowerment are second to none. I am grateful for the opportunity to work with a leader like Beloit’s city manager, and I would love to see the rest of the country recognize that Beloit is a community on the rise under Lori’s leadership.

More kind words: Lori places a high value on integrity, ethics, and serving the public. She doesn’t accept the status quo and instead pushes everyone beyond “that’s how we’ve always done it” to logical changes that benefit the organization and the entire community. 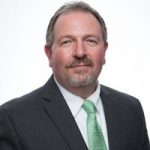 Why Jimmy is on the Traeger List: Jimmy is a nationally recognized local government leader.  He values service for the betterment of cities/counties by serving on the ICMA Executive Board, the Alliance for Innovation Board, the AZ City/County Manager’s Board, the Harvard Kennedy School Scholarship Review Panel and the Ferguson Group Scholarship Review Committee. Jimmy has an entrepreneurial approach to leadership. For example, he is currently implementing an Organizational Renewal Leadership Philosophy throughout Coconino County. He is generous with his time, knowledge and expertise with all levels of government, business and educational institutions.  His kindness, encouragement and genuine desire to inspire others is refreshing, and needed. Jimmy Jayne is the epitome of “extreme energy and commitment to improving local government.”

More kind words: Jimmy Jayne is a friend and mentor to government, business, community and education. 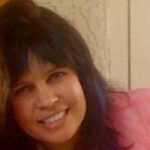 Why Kari  is on the Traeger List: Kari is a significant player in the What Works Cities efforts of our city through her care in creating our open data initiatives. She’s a brilliant mind when it comes to the technical back-end needs for a portal as well as the front facing realities of how to use the information. She’s busy managing a variety of projects and does so seamlessly. Even with her many demands she is always quick to help when asked and steps up when she notices the need is there. Because of her detailed and passionate work on data initiatives, we ranked quite well in regard to that subject area in our certification process.