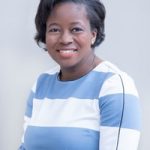 Why Hillary  is on the Traeger List: She “gets” civic technology and it’s ability to help all citizens – especially those in the greatest need. She also organized an #ELGLRoad Trip to share her knowledge with her nearby local government community. 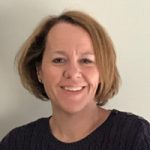 Why Aimee  is on the Traeger List: Aimee has lead a team of superstars to ensure that Irving is at the forefront of data-informed decision making, all with a community focus in mind. 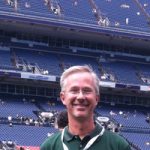 Why Darin is on the Traeger List: Darin has led the City of Fort Collins’ government through a time of transformational change, moving the organization from a “trust us” model to one that uses a data-driven, performance based approach.  He is an advocate for community collaboration and has built strong relationships with both public and private sector partners. In 2013, Darin was named Entrepreneur of the Year by the Colorado State University College of Business; 2016 he was elected as a Fellow with the National Academy of Public Administration; and recently, Darin received the Colorado Governor’s Citizenship medal, recognizing him as a leader who serves the public with innovation, operational excellence and progressive vision.  Darin is nationally recognized as a progressive leader in local government. Under his management, the City of Fort Collins was the third (3rd) city to ever receive The Malcolm Baldrige National Quality Award; the highest level of national recognition for performance excellence that a U.S. organization can receive. The award focuses on performance in five key areas: 1. Product and process outcomes 2. Customer outcomes 3. Workforce outcomes 4. Leadership and governance outcomes 5. Financial and market outcomes  He serves as Vice Chair of the Alliance for Innovation and serves on many Boards and Advisory Committees such as, Center for Public Safety Excellence Board; Leadership Advisory Board; Leadership Development Mentors; Performance Measurement – Chief Administrative Officer; Center for Performance Measurement; Task Force on Leadership; Performance Measurement – Steering Committee; Colorado City/County Management Association Board; Task Force on the Profession; Governmental Affairs & Policy Committee

More kind words: People who work with and for Darin appreciate his “people-first” approach to governing 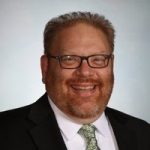 Why Scott is on the Traeger List: When asked which Parks and Rec character he is, Scott self identifies as Chris Traeger! Scott is a leader of 300+ full time employees. Everyone says he is an approachable leader. You can run into him in the lunchroom, the hallway or swing by his desk. Scott is invested in his profession. He mentors young professional to enter the field. Scott Neal deserves the Traeger Award because of his endless commitment and work within the world of local government within the state of Minnesota. Scott has a signature fellowship program here in the Twin Cities metro that is unmatched. As a Fellow for Scott you get insider experience and access exclusively during your time there. All is on the table to ask and to learn about as it pertains to his world and role as the City Manager. As a socially conscious manager, we’ve had conversations about access and privilege particularly for males in the profession and he takes that understanding, then creates opportunities. Leading equitably takes courage and often comes under ridicule. Regardless, Scott still makes it a priority to advocate for women and you can see that as well through his fellowship program.  He understands the importance of mentorship and does everything he can to make himself available for your success.

More kind words: I hands down, would not be at the level of success I am now without the guidance and support of Scott. Coming into the profession as a young ambitious woman of color was scary and hard. I did not have the greatest confidence. Scott helped me believe in myself so much!  Scott makes sure to remind you that you deserve a seat at the table and your perspective will help to drive organizational success. He still serves as my professional mentor today.

Why Dan is on the Traeger List: Dan is a passionate leader.  Every action or decision I have known him to be a part of is for the betterment of his community and his colleagues.  Dan is a consummate servant leader. 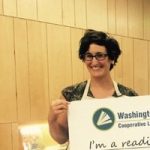 Why Hillary is on the Traeger List: Hillary is one of those people that everyone knows — because she is an amazing connector. She is incredibly committed to helping everyone around her be their best, and in connecting those strengths with a need, whether it is personal or organizational.  Hillary has used her positivity and her ability to create connections to help transform our library service and our library’s structure. It is under her leadership that some of our most significant changes have been implemented; she is able to both envision what should come and help get her colleagues there. Most notably, in her current position leading the library’s workgroup in charge of training, recruitment, hiring, and onboarding, HIllary has transformed our hiring practices, broadening our staff in work experience, in life experience, and in becoming more reflective of our diverse community. Hillary led our city’s largest ever recruitment, with nearly 750 applicants, taking the 60 finalists through a series of five different activities, intended to help the applicants show their strengths, connect with current staff, experience how the library provides services, and, of course, size us up, too. We hired 17 people from that pool, filling one full time and several part  time positions, as well as adding to our substitute pool. I feel incredibly fortunate to have Hillary as a colleague, and feel strongly that everyone needs a dose of her fabulous energy.

More kind words: Hillary was one of the earliest Hillsboro employees to be engaged in ELGL — and got many of us at the library involved! 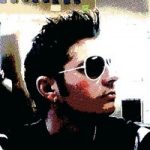 Why Derek is on the Traeger List: Derek is a data-wiz who is driven to bring data and analytics to the masses. With his work in the Town of Gilbert and their data practices, he’s worked with numerous customer groups to make data less scary. He’s an active flagship member of the Arizona Data Collective (and designed a stellar logo for AZDC), manager of the SPARK App League, and Alex, the town’s Open Data program.

More kind words: He’s wicked smart, super thoughtful and working hard to help others get as excited about data and tech. 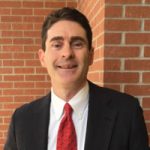 Why Ed is on the Traeger List: Ed joined the City of Olathe, KS over seven years ago and focuses on Olathe’s robust strategy and performance management system. Ed has taken the program to new heights and takes a consultative approach working directly with departments to help them find success. He will also work with departments for more efficient ways for them to utilize data to make decisions. Not only does Ed take this consultative, helping hand approach with his colleagues at Olathe, but he does the same with other local governments. Ed is a very willing sharer and is always looking to connect with others both to teach, and more importantly, to learn. Ed is also responsible for communicating results to citizens with the city’s Olathe Performs Community Dashboard. Ed oversees quarterly citizen satisfaction surveys and helps the city action that valuable citizen feedback. One result that deserves special attention is that 73% of citizens are satisfied with the value they receive from their tax dollar (compared to 38% nationally)! The City of Olathe has been recognized with numerous awards, but while a citywide effort, Ed has played a large role in the city receiving the presitgious ICMA Certificate of Excellence for Performance Measurement award for the past seven years in a row.

More kind words: In addition to Ed’s duties at the City of Olathe, KS, he is a member of the Kansas City Regional Benchmarking Initiative that brings together local governments from the Kansas City Area to share data, network, and share best practices to improve the citizen experience across the metropolitan area. Ed is also heavily involved in the Alliance for Innovation’s Transforming Local Government Conference and has served in various capacities to help local governments achieve even greater results for their citizens. 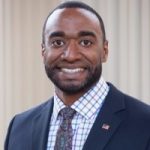 Why Eric is on the Traeger List: Eric is a leader in his organization from the Analyst level. He started the Innovate Durham program in partnership with the City to bring startups into partnership with Durham County, he leads trainings for the organization and is collaborative in how he approaches problems or new initiatives. 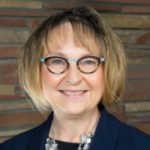 Why Jane is on the Traeger List: Jane has been a giant in the local government profession for decades. In 2019 particularly, Jane has navigated incredible challenges in Boulder and across our profession. As ICMA president she is working hard to improve relationships and create a more inclusive organization. As City Manager of Boulder she is leading an organization in the midst of several global challenges including police oversight reform, racial equity, affordable housing, and our climate crisis. Even with all on her plate, Jane remains humble and always makes time to engage with professionals at all levels seeking advice and guidance.