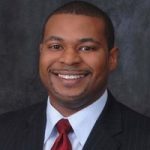 Why Brion is on the Traeger List: Brion is actually implementing changes and plans that address equity in local government. The approach he and his team are taking get into the departments at the City of Austin to create specific action plans for equitable delivery of services and that the City itself represents the community. This work is a model for what local governments can and should be doing.

More kind words: Brion spoke at the ELGL19 conference and appeared on GovLove this year. 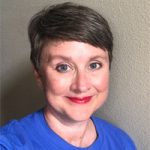 Why Melissa is on the Traeger List: Melissa has done an amazing job growing the performance and innovation capacity of Little Rock. From Open Data to performance dashboards to internal training Melissa is always collaborating with other cities and bringing in best practices for AR.

More kind words: Melissa’s title isn’t chief innovation officer, but I feel like it should be. Because of her different title she often isn’t eligible to apply for certain opportunities and I think she would be valuable addition for many of those opportunities and could bring cutting edge practices from Little Rock to share with the community. 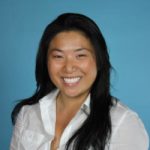 Why Paula is on the Traeger List: Paula has shown the leap that people can make from the tech sector to local government and our industry is better for it. She and the Toronto i-Team have done really interesting work within a huge organization, specifically on serving people who don’t speak English as a first language and opening up the procurement process.

More kind words: Paula led part of the Innovation Summit at ELGL19 and appeared on the GovLove podcast this year. 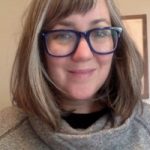 Why Stephanie is on the Traeger List: Stephanie lifts organizations and gets people working to their utmost potential. She believes in finding the best path forward, which is often not the easiest or clearest path; but she’s willing to ask the tough questions, put in the hard work, and make difficult decisions in order to ensure we are doing the most to serve our communities within the constraints often found in #localgov. You want a quick brainstorm to get unstuck? She’ll help, just be ready to truly become unstuck as no one can workshop an idea like Stephanie! But here’s the thing: she trusts you. She trusts that once you’ve had a what I like to call “Chase Effect” brainstorm, you can (and will) do it! She’ll guide and help when you need it, but her belief makes you even more accountable and passionate. To Stephanie, everyone is a leader and you are not defined by your job classification, title, or duties. You are defined by you and your strengths. Stephanie should be a superhero and called “agent of change” – she inspires, she influences, and she ultimately believes in the power of collaboration, people’s strengths, and the goodness of humanity as she strives to make the world a better place. I’m lucky to be part of the movement with her and am proud to call her my mentor, my leader and my colleague, and my friend.

I have known Stephanie Chase for 12 years and have nothing but positive things to say. I have been a friend and colleague of Stephanie’s since we were library directors in Vermont. Stephanie has also served as personal mentor and sounding board for many ideas and projects over the years. There is no doubt in my mind that Stephanie is deserving of this prestigious award.  Stephanie was instrumental in convincing the Vermont library community that there was tremendous benefit to yielding some of their long-held New England independence in favor of partnership. Stephanie was a founding member, vocal advocate and driving force behind the formation of the Green Mountain Library Consortium (GMLC). The GMLC initially allowed a handful of small public libraries to automate or upgrade to a more robust, inexpensive open-source integrated library systems (ILS). That consortium now has over 50 member libraries! Stephanie also understood the power of group purchasing and she was instrumental in bringing many small, underfunded libraries together to purchase access to eBooks, eAudiobooks and other research/reference databases that these libraries would otherwise never have been able to afford on their own. In part, because of her dedication to improving library service in Vermont, Stephanie was named one of Library Journal’s Movers & Shakers.  Since leaving Vermont, Stephanie has continued to have an impact on the library profession as well as the communities in which she’s worked. She worked tirelessly to improve reference and readers’ advisory services at the Multnomah County Library system; she brought innovative, patron-focused ideas to Seattle Public Library; and now, at Hillsboro Public Library, she has implemented a complete organizational restructure that puts library patrons and the community first in every service the library offers. Stephanie is continuously working to improve patrons’ library experiences – to identify community needs and develop strategies, programs, and services to best meet those needs. In the modified words of Chris Traeger, “As a library director, I play no favorites, but as a private citizen, I’m free to support whomever I choose. And I support Team Stephanie, because she’s the best. She’s a winner.” She deserves the 2019 Traeger Award!

More kind words:
Stephanie has been a leader in the library profession for over two decades, and her skillset can and should be applied in a broader context. She is an organizational change master, a strategic thinker, and plans amazing retreats and work sessions! She is heavily involved at the local, state, and national levels, leading efforts for public libraries. She is currently on the Public Library Association Board of Directors and shares this vision: “I want libraries to be the heart of vitality in every community, with leaders who know what the public’s needs are and are flexible enough to not only be “at the table” but to determine what “meal is going to be served.” I want stakeholders, community members, library users, donors, and elected officials to fully understand and appreciate public libraries. “ 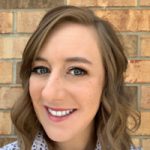 Why Alisha  is on the Traeger List: AJ first rolled into the Colorado local government scene about 2 years ago and has already made a HUGE impact. She got involved right away with Colorado Women Leading Government and joined our Conference Planning Committee in 2018. Our group was so impressed with her passion and energy, that we asked her to be a speaker at the CWLG Conference. She was by far, the group’s favorite speaker. AJ has continued to stay involved as the Vice-Chair of CWLG and has been a great #2 to help our group tackle big projects. AJ is also very involved and writes valuable articles for ELGL. I know she is a valuable team member in Brighton and her commitment to public service is contagious.

More kind words: AJ is a rock star who is making a BIG impact on her community and already giving back to the profession. 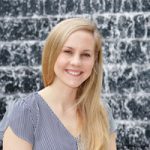 Management Assistant to the City Manager, City of Scottsdale

Why Megan is on the Traeger List: In just 18 months in #LocalGov, Megan has made quite an impression. She has managed the applications for Scottsdale’s What Works Cities Certification which earned Scottsdale a Silver Certification, the smallest city to be certified. She also applied for and earned recognition for Scottsdale’s Citizen-Friendly Annual Report earning the Cartegraph Presents Clarity Award. She has presented at the Alliance for Innovation TLG Conference, and the Arizona City/County Management Association summer conference. She is making a big difference in #LocalGov and has dozens of mentions as #MuniMegan on Twitter. She has mentored others in the profession including two city management interns Mikayla Cutlip and Allegra Fullerton, and two Marvin Andrews Fellows, Rachel Hudgens and Thomas Prior.

The City of Scottsdale is fortunate to be a at the forefront of major projects and positive impacts for internal and external customers. Within the couple of years, there has been one critical person involved in the projects that many have heard about: #MuniMegan. Megan Lynn is a compassionate, thoughtful, and intelligent woman who has carried multiple major projects for our organization at once. With each major project, she is detail oriented, ensuring that every component is covered fully and often identifies needs before they occur. Her work style has been a welcomed addition to the City of Scottsdale and she will continue to do amazing work in her future.

More kind words: #MuniMegan is #ELGLTraeger worthy! On a personal note, I’m thankful to have a colleague like Megan. She’s the most supportive friend to have in the office. She’s quick to provide assistance and she is always willing to support those around her. It’s rare that you find true friends so quickly and easily as an adult and she’s been a treasure for our organization and my core group of friends. 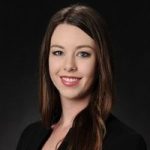 Why Cassie  is on the Traeger List: Cassie does an outstanding job in her job, is a college instructor in leadership, has a very strong #localgov social media game, and is a national leader in the law enforcement profession. She is an outgoing, friendly, fun-loving, professional who seems to know everyone in her police department on two-legs or four (both canine and mounted). She is the president of the International Association of Law Enforcement Planners. She lead’s Scottsdale’s Data Analytics Team. She presented on planning at ELGL 19 in Durham, North Carolina. She is also a skilled facilitator for group meetings.

More kind words: Cassie has my vote for the Traeger Award! 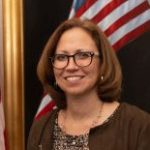 Why Ann Marie is on the Traeger List: Ann Marie is a leader within the City Management profession here in Delaware, leading her community, supporting her peers, mentoring students and LGMFs, and more!  She also contributes to ELGL in different ways, is an officer for the City Management Association of Delaware and led the effort to revise our bylaws, writes for PM magazine, is an adviser for the Univ. of Delaware ICMA Student Chapter, and still finds time for supporting family activities.  She is the example of work-life balance.

More kind words: As I have gone through a challenging period with my City Council, Ann Marie was the first and most frequent of my colleagues to check in on my and offer assistance. 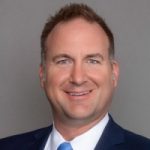 Why Brian is on the Traeger List: As the Communications and Marketing Director, volunteer fire fighter, husband, and father, many local heroes go unnoticed and Brian Ligon is one of those heroes. With his award-winning multimedia specialist talents and persuasive voice of radio, Brian is truly a ‘quiet’ (pun intended) professional. While transforming the City’s non-existent communications department, spearheading the marketing campaign for MB Link – the City owned and operated gigabit fiber internet – and developing our social brand beyond the City’s limits, he selflessly dedicates his spare time as a volunteer fire fighter. His driving passion to save kittens from trees is only compounded by his adeptness as the Public Information Officer to write a front-page story about those life-saving feats. 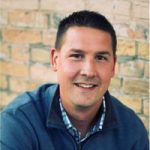 Why Chad is on the Traeger List: Chad has embraced the Public Service role so strongly that he has decided to run for mayor of the community he lives in and currently works for and that speaks strongly to how much he wants to give back to his community and help it thrive.