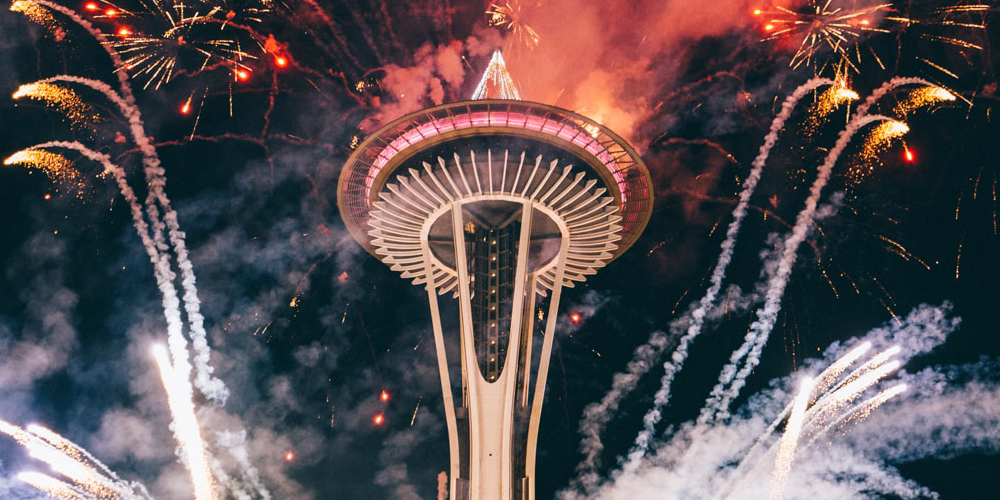 What I’m reading: “The Worst Hard Time,” Timothy Egan’s National Book Award-winning nonfiction account of life and death during the Dust Bowl — and a telling look at how Americans adapted to ecological calamity.

A decade born during the uncertainty of the Great Recession is departing with a roar.

What started amid belt tightening, pay freezes and economic stimulus yielded over 10 rollicking years to a national conversation about boomtowns and income inequality by decade’s end. However, despite a fresh start and a futuristic-sounding name, 2020 is likely to present many of the same challenges as the 2010s.

The previous decade, for better and for worse, forced governments of all sizes to get creative with revenue, rethink hiring and labor practices to adjust to demographic shifts, and in the face of breakneck technological advances, change the way residents receive services.

In local government during the last 10 years, we witnessed the depth of mismanagement — a financial scandal in Bell, CA, and the public health tragedy in Flint, MI, come to mind — as well as the height of what’s possible — with the rise of path-breaking leaders in Chicago; Montgomery, AL; and Tucson, AZ, and a renewed embrace of innovation and engagement at city halls nationwide.

While the decennial recaps and best-of lists focus on national government, a decade’s worth of churn also reshaped public service at the local level. So, in the spirit of the season, I offer five themes that transformed local government in the 2010s — and set the foundation for the decade ahead.

As the layer of government closest to the people, accountability is often more tangible at the local and regional level.

The phenomenon of First Amendment audits also led public agencies to rethink how front-line employees engage with community members and adapt to the scrutiny of a national or global audience.

What I coulda woulda shoulda done differently when we had a “First Amendment Audit,” while also using gifs exclusively from Mean Girls.

Now, a single retweet or a fabricated news article can drive millions to your digital doorstep within seconds. Expect the attention to intensify further in the years ahead.

A lifetime ago, in early 2010s, social media still felt like a panacea to cure decades of apathy toward local government.

Now, after watching newsfeeds and timelines burn hot for years on end, and seeing followers leave due to privacy concerns, social media is a place where many agencies tread cautiously. Though the medium poses challenges, local governments continue to use Facebook, Instagram, Twitter, et al to educate, engage and, increasingly, entertain.

The last decade felt at points like a long, unending wake-up call of record-breaking heat waves, hurricanes and wildfires.

JUST IN: July 2019 now ranks #1 as the warmest month on record, according to the monthly Global Climate Report from @NOAANCEIclimate https://t.co/gzv7jcCDDX #StateOfClimate pic.twitter.com/aNSyYtAsRa

As the federal government rolls back climate-centric regulations and recedes from the global stage on climate change leadership, local governments have picked up the mantle. Disappointed with inaction on key issues, voters have turned to city and local leaders for change.

New Yorkers are proud to welcome @GretaThunberg to our city! Thank you for inspiring us to fight climate change together. pic.twitter.com/HMIkftYokt

With climate change impacts growing more severe and difficult to ignore, look for residents to turn to cities for solutions and cities, in turn, to ask for residents’ support to make big changes.

Despite the continuing erosion of trust in government, faith in local jurisdictions remained surprisingly resilient throughout the 2010s, even as Americans’ opinions and habits changed in major ways.

In 2018, Gallup declared Americans more trusting of local than state (and federal) government, with 72% of respondents expressing a fair amount to a great deal of confidence in local government.

72% of U.S. adults say they have a “great deal” or a “fair amount” of trust in their local government, compared with 63% who say the same about their state government. https://t.co/DIiAhQW37x #GallupDaily pic.twitter.com/czDLIsXx1X

Though reassuring, increasing threats from misinformation and the continuing polarization of civic life place trust in local government in a precarious position as 2020 kicks off.

The decline of local journalism has left a disconcerting number of city halls and government organizations without reporters covering the nuts and bolts of bureaucracy or serving as watchdogs for the public.

While journalism remains vital to communities, shrinking newsrooms mean agencies must now act as their own storytellers. The role of agencies’ public information officers evolved to include more influence, as well as more expectations from elected leaders and community members.

“Combative relationships with media representatives (and with government agencies) should be an anomaly, not the norm. Both sides should be held accountable, but both sides should also understand that jobs are being performed and that should be respected.” https://t.co/dwVhcXzlyD pic.twitter.com/Dg12vaIPAl

The role of government social media professional is now a bona fide position at many agencies, helping to feed the constant demand for content, real-time information and immediate customer service.

Whether you blame or praise the private sector, innovations in retail and other customer-centric fields required local government rethink service delivery in the 2010s.

In many cities, Amazon Prime made near-instantaneous delivery a reality — and left many community members wondering why government could not do the same.

The pressure to provide Anything-as-a-Service (XaaS) is at the forefront for every aspect of government, not just information technology. And, of course, social media changed the way local government delivers services, too.

The ascent of millennials in the workforce dominated the decade.

Millennials have surpassed Generation Xers as the largest generation in the U.S. labor force. https://t.co/aWOLaFIFDY pic.twitter.com/p9hssS4mJI

As younger generations joined the conversation, local governments could no longer get by with merely paying lip service to advancing equity, diversity and inclusion, both within the organization and the broader community. In some cases, upholding local values put cities at loggerheads with the federal government.

As we work toward #BecomingProEquity, we will share updates on the work King County is doing alongside our partners to promote equity and social justice.

Take a look at our strategies, progress and the challenges we face. ➡️ https://t.co/PFFjwghuR1

In the public sector — no longer the province solely of middle-aged white men — local governments made strong efforts to increase diversity in city halls and create organizations more reflective of communities.